Finish to 49th Kansas Shrine Bowl delivers on "More than a game!" and #ForTheKids promise.
PITTSBURG, Kan. -- For just the second time in its 49-year history, the Kansas Shrine Bowl ended in a tie, as the West All-Stars converted a field goal with 23 seconds left to complete their comeback. Emanuel Aguilar connected on a 29-yard attempt to answer a Zack Sisemore touchdown and earn the 10-10 tie. The only previous tie in KSB history came in 2001, with the West rallying from behind after giving up a safety.

The West All-Stars capitalized on a great first quarter defensive play to open the scoring, as Ashtun Villagomez picked off Blake Reeder and ran it back 22 yards to give his team a short field. After a three-yard rush by Sam Elliott and an incomplete pass, Lance Hoffsommer punched it in from 10 yards out for a 7-0 lead.

Defense took over, as the teams traded hard-fought drives to close out the half. The East All-Stars threatened briefly on their final drive of the half, managing to pick up 35 yards on five plays in the final 28 seconds, but the West stood strong to take a lead into the half.

The East team got on the board courtesy of a safety after stuffing the West's opening drive of the third quarter. A high snap left Aguilar with no choice but to boot the ball out of the endzone, but the Fort Hays State signee gave the West defense great field position on the ensuing free kick, booming it 80-plus yards for a touchback.

Sisemore and the East team gave the home crowd strong hopes midway through the fourth quarter, assembling a 10-play, 58-yard drive for a touchdown with 7:08 to play, then tacking on a two-point conversion from Truman Juelsgaard for the 10-7 lead.

After picking up a stop with 2:28 left, the West converted a nifty double-reverse pass, as Harrison Voth found Matthew Holthusen for a 24-yard completion. A penalty negated most of a 2-yard rush by Sam Elliott and a 7-yard catch by Voth, but Aguilar was on the mark from the 19-yard line.

The East was able to complete a pair of plays in the final 23 seconds, but couldn't break the deadlock.

Shawnee Mission Northwest's Blake Reeder was named the East All-Stars MVP, completing 15 of 25 pass attempts for 192 yards. Despite a pair of interceptions, he posted a QB rating of 108.5 for the contest.

The 50th Kansas Shrine Bowl is scheduled for Saturday, July 15, 2023. The game returns to Hays, Kan., for the fifth time overall, and the first time since 2015. 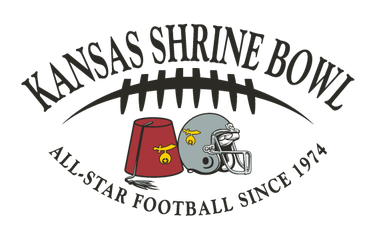 The Kansas Shrine Bowl is a non-profit charity raising funds and awareness for the Shriners Children's. The Shrine Bowl has been in existence since 1974 hosting one of the most prestigious high school football all-star games in the nation. Since its inception it has been promoting Kansas talent and the  incredible network of hospitals raising over $3 million dollars.

​To all of our fans and supporters, we thank you! 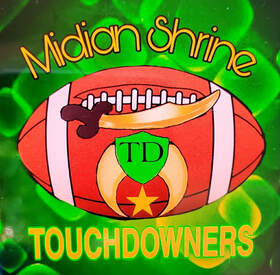