THREE OF A KIND
Most Kansas high schools are lucky to have even one person on the field at the Kansas Shrine Bowl. This year, Concordia has three.
<full story> 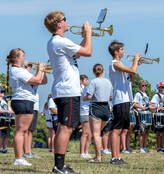 LIVING LOUD
There are lots of loud things at the Kansas Shrine Bowl - the crash of players colliding, of cheerleaders shouting, of fans cheering. But of all those things, none may be louder than South Coffey County High School's Brayton Lind.
<full story> 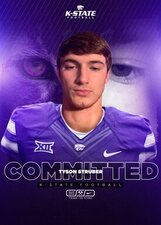 STRUBER REIGNITES DREAMS FOR SMALL-SCHOOL ATHLETES
From the moment they first strap on pads and a helmet, young players are inspired to dream about their career path. It's a path that inevitably winds through high school success and a scholarship offer from a college football power, then hearing their name called in the NFL Draft. The dream often falls short of reality for those in smaller communities, but Tyson Struber is ready to rekindle those dreams. The Canton-Galva grad earned a scholarship to Kansas State University despite playing in KSHSAA's second-smallest classification - 8-Man Division I - and is excited to take part in 2022 Kansas Shrine Bowl.
<full story> 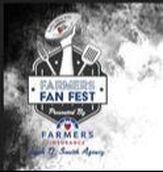 SPONSOR SPOTLIGHT - LEAH D. SMITH AGENCY
Over the years, the Kansas Shrine Bowl has grown from one of several summer all-star games to become the flagship event of the year. We are thankful for the work of everyone involved and for the support of the corporate partners who allow us to continue raising money (more than $3 million to date) to support Shriners Children's. And although the mission is a strong attraction for many, one of our corporate partners celebrates a personal connection to the Shrine Bowl that inspires her to bring real meaning to the phrase "Strong legs run so that weak legs may walk."
<full story> 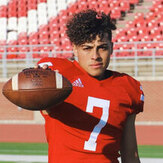 JUST KICKIN' IT!
​Following up on an outstanding senior season that saw him earn First Team All-State honors from Sports In Kansas, the Wichita Eagle and KSHSAACovered.com, Emanuel Aguilar was one of two kickers selected for the 2022 Kansas Shrine Bowl. The selection marks the first time that specialists have been included as a separate category in the balloting, giving Aguilar the opportunity to become the 33rd player selected from Dodge City High School.
<full story> 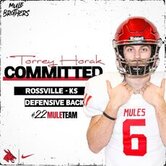 SHRINE BOWL TIES RUN DEEP
​​Since the first Kansas Shrine Bowl in 1974, nearly 3,500 players have represented 343 schools across the state. With that many players, it comes as no surprise that there have been several families with multiple appearances in the event. In 2022, there are two players set to become the third member of their family to play in the Kansas Shrine Bowl, as Torrey Horak (Rossville HS) and Brett Sarwinski (Galena HS) were both named to the East Squad. Sarwinski follows in the footsteps of older brothers P.J. (2017 East) and Nick (2020 East), while Torrey's path was blazed by Thatcher (2015 East) and Tucker (2016 East).
<full story>